Use the links below to order the books I review via Bookshop.org

Lockdown by Peter May | Book Review 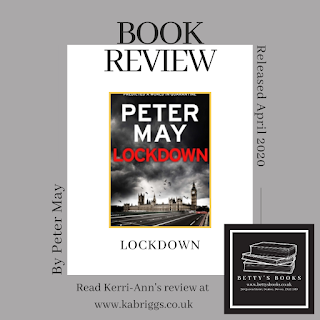 Lockdown
by Peter May

'They said that twenty-five percent of the population would catch the flu. Between seventy and eighty percent of them would die. He had been directly exposed to it, and the odds weren't good.'A CITY IN QUARANTINE London, the epicenter of a global pandemic, is a city in lockdown.Violence and civil disorder simmer. Martial law has been imposed. No-one is safe from the deadly virus that has already claimed thousands of victims.Health and emergency services are overwhelmed. A MURDERED CHILD At a building site for a temporary hospital, construction workers find a bag containing the rendered bones of a murdered child. A remorseless killer has been unleashed on the city; his mission is to take all measures necessary to prevent the bones from being identified.A POWERFUL CONSPIRACY D.I. Jack MacNeil, counting down the hours on his final day with the Met, is sent to investigate. His career is in ruins, his marriage over and his own family touched by the virus.Sinister forces are tracking his every move, prepared to kill again to conceal the truth. Which will stop him first - the virus or the killers?Written over fifteen years ago, this prescient, suspenseful thriller is set against a backdrop of a capital city in quarantine, and explores human experience in the grip of a killer virus.

Well this one had me hooked from the start, given the current situation we find ourselves in I was interested to see what the author had written! According to my research this book was originally written pre-pandemic and publishers turned it down for being 'unrealistic' though once our real life pandemic hit publishers were more than happy to put it to print!

The pace was good and the characters came to life, I really enjoyed the story throughout; until the end that is. There were a few parts of the story that left me feeling frustrated as i felt the author could have done better, especially the ending but overall it was a good read. I obviously found myself comparing parts of the story to life now, some things are scarily similar where most are different.

If you are looking for a book themed around our current pandemic situation then this is the book for you, if you enjoy crime and mystery then this too will be a good book for you. 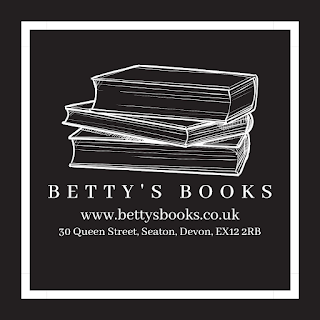 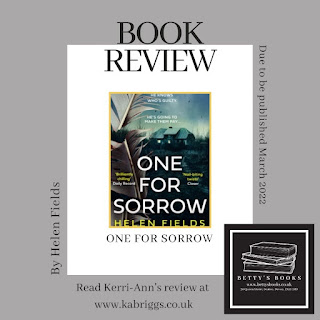 One for Sorrow by Helen Fields | Book Review

One for Sorrow by Helen Fields  due for release March 2022 Pre-order a copy here Thank you to the author and to Avon Books for sending me this proof copy.  Description   'Breathtaking - I defy anyone to read this and come away unaffected. Perfectly plotted...I devoured it and can't stop thinking about it.' -Bestselling author Susi Holliday Bestselling crime author Helen Fields is back with her best book yet. A masterful crime thriller that is set to be the most memorable read of 2022. One for sorrow, two for joy. Edinburgh is gripped by the greatest terror it has ever known. A lone bomber is targeting victims across the city and no one is safe. Three for a girl, four for a boy. DCI Ava Turner and DI Luc Callanach face death every day - and not just the deaths of the people being taken hostage by the killer. Five for silver, six for gold. When it becomes clear that with every tip-off they are walking into a trap designed to kill them too, Ava and Luc know that finding the tr 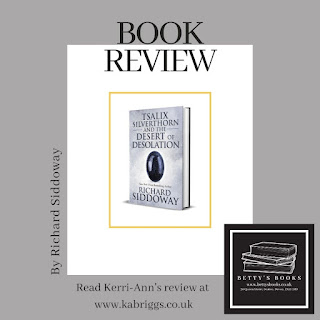 Tsalix Silverthorn and the Desert of Desolation by Richard Siddoway  Thank you to 'Love books tours' and the author for sending me this proof copy in exchange for an honest review.  Blurb  Having retrieved the first talisman from the top of Mount Jinee, Tsalix and his friends are faced with another daunting task.  They must cross Shayeksten, the Desert of Desolation to reach Mount Tsood and find the second talisman. Shayeksten is formidable, dry, hot, and covered with drifting sand.  Compounding their problem is their nemesis, Captain Nash Doitsoh and his band of soldiers, who are patrolling the desert and are determined to capture Tsalix and bring him to Prince Abadon. If they are successful in crossing Shayeksten and reaching Mount Tsood they must find where the talisman is hidden and then return to Mount Deschee to deliver it to the King.   Genre Fantasy / Adventure / Quest / War & Combat fiction Review When accepting this proof copy I hadn't realised it 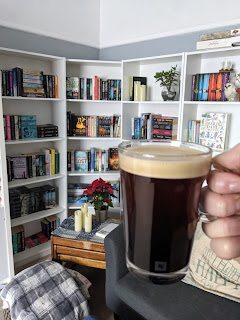 It's nearly the end of the first week of January 2022 already, time sure does fly. I have only just got around to writing up my 2021 book round up. It was a brilliant year for books and it was an especially exciting year for me as it was the year I finished and passed my Masters Degree in Philosophy which means I have even more time to read books of my choice.  Another reason 2021 was so exciting was because I officially opened my bookshop 'Betty's Books ' in Seaton, Devon. I've owned the shop at 30 Queen Street since 2014 and run it as an art shop that sold books alongside, this year I decided to split the shop space in half and dedicate half to a bookshop and half to an art shop. The shop has since had a full front renovation and new signage to reflect the change. It was super exciting and it means I can fill my days will everything I love. I spend 6 days a week here in the shop on my own so making the space somewhere I enjoy being is really important for me and m